I’m tired of people romanticizing overexertion. Exhausted is not the new chic. Coffee (though {sometimes} a delicious necessity) is not a food group, and running on fumes is not admirable. Why do we hold pedestals for sleepless nights, break downs and inner turmoil? Are those things really to aspire to? Self care, balance, the ability to  know when your body, mind, and spirit need to take a step back. Those are things we should admire. We have to stop blurring the line between ‘commitment’ and self endangerment, because too many people are burning out before they have a chance to truly shine. 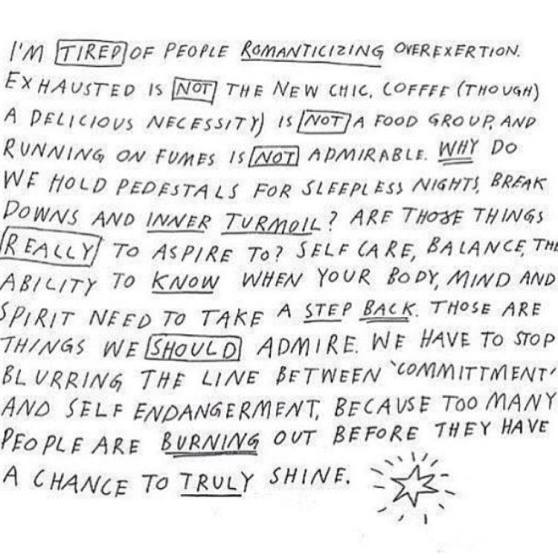 I think I’ve evaluated that life is often a walk to find the line between remaining optimistic and leading, and being jaded and hiding away. When I was 18, I was like most 18-year-olds and thought I knew just about everything that there was to know. And I did know enough to live through college, collect some awesome friends, do some jobs I love and decide on a wonderful boyfriend. But I certainly didn’t know everything.

It’s amazing to watch little kids look up to me and other people my age. I remember the first time that I realized they expected me to know everything for them. It’s amazing – and somewhat terrifying. But it’s a wonderful thing how loving someone and leading someone teaches you to make up your mind and be what you know you should be. That was one of the most memorable catalysts for growth in these 7 years.

So there you go. I have lots of cool things planned for the 25th year of my life. And Justin Bieber released a song for my birthday. What a guy. Have a wonderful day, lovelies!

A little while ago there was an app called “Who Deleted Me?” It was designed by Anthony Kuske, whose Twitter profile says he’s from the UK and “makes websites and stuff.” This app was one of those things. The purpose of said app was to do just that – tell people who had deleted them on facebook.

Facebook is a weird, strange, awesome, and dumb thing all at once. We get to connect with anyone virtually anywhere around the world. But at the same time, we can also see all kinds of things that are left to our own imagination. Because let’s be honest – no one is as happy as their profile picture all of the time. And thinking they are can ruin your life.

So then what do we do when one of our used-to-be best friends decides they’re done and we’re not friends anymore? And then what happens when you find that out through a crazy little app? Well, if you cared, it probably sucks pretty badly. If you don’t, you’ll probably have an easier time with what I’m about to say.

If someone doesn’t want to love you, or be your friend, or doesn’t build you up even when they are your friend, it’s time to let them go. Yeah, not that easy, right? Well, it sort of is.

Why would you want to be friends with an enemy you have? Would you call up the kid who picked on you in second grade and ask them to be your best friend? No, I certainly don’t think you would. Sorry to say, but when your friend walked away (and in a dramatic way like a facebook delete to prove a point without a real conversation) they entered the same category. Either they didn’t appreciate you, or they think they will have a better life elsewhere.

I’ve had people die in my life, and I’ve had people walk away. When I was younger, both destroyed me. Now, only death hurts me. Because I only keep camp with the people who I really know love me and who will let me love them back. And it’s okay to know that someone walking away isn’t your fault. It’s the walking person’s fault.

So, if they walked away, don’t chase them. And don’t let them come back. If they cared, and they were someone to want around, they never would have left to begin with. You’re worth more than being someone’s option. They chose to have you let them go, so let them go. And don’t apologize for knowing your worth.

Strong is beautiful – you are beautiful. Smile and do something you love. Because you weren’t worth letting go. 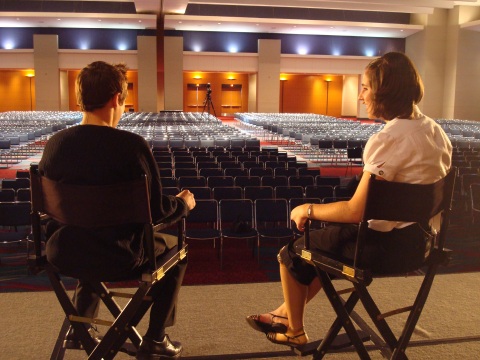 She steps out into the light. The backstage had been a flurry of hundreds of people milling around.

In 2 hours, thousands of people will enter this auditorium. They’ll come from all around the country. They’ll be in the middle of a fight with their wife. They’ll wish their children could do better in school. They’ll have an autistic sister. They’ll be sad. They’ll be hopeless. They’ll be happy. They’ll understand life, or they won’t.

She stops out there. Says a prayer.

She looks down at her leg. Who would have thought that this piece of molded plastic would lead to a headset, singing on stage, jumping up and down, crying in front of people? Well, surely not she. She was just this little girl with doggies on her footy pajamas sitting on the porch talking to her Father.

And a tear falls. One tear, as she looks down at her mom, dad, and sister. Front row, always catching a tear, a hug, a smile, a reminder of who she is.

Who is she that she could speak through an amputation and chemo drip?

She’s just a human. Who has lost much. And who has everything, because of Jesus.

She’s a girl who watches His dreams for her come true every day. 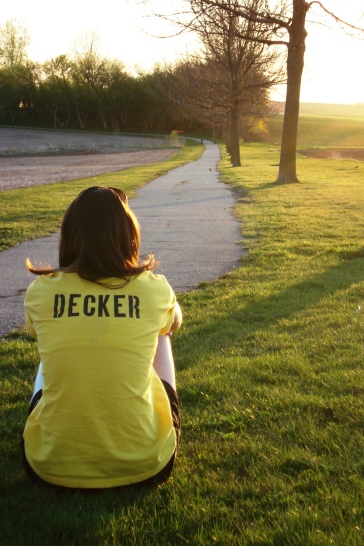 Often in life, as a leader of many who is also a young adult, I’ve had a lot of lash back. Not that people didn’t like what I was doing, or didn’t want to walk alongside me, but that people often times didn’t (and don’t) believe what I am saying or that why I am acting is genuine.

But the reality is, even in this broken world, some people are still honest. And some people really do still care about you. And they don’t do things half way. They are loyal. They will come in the middle of the night – probably with your favorite tray of cookies.

And they aren’t here to push you under or away.

In the midst of bombings in Boston and explosions in Texas and entire countries unaware of the outside world because of tyrants, be a sparkle. Be a light. Don’t let people who aren’t genuine make you think that you can’t be either.

It’s that kind of thing that gets you in the hall of fame.

This is one of my favorite songs, forever, and for always. You are a beautiful thing. Because God made you that way. Accept it, and let it be beautiful.

10.  Understand that no one is perfect.

15.  Live up to your expectations.

Conference speaking prep nights. #amputeelife #helpyafriends #teachsomekindness #hangerlive2020
Throwback with my love on one of the best days. #flyeaglesfly #marriagelooksgoodonyou #philadelphiaeagles #love
Doesn’t get cuter. ♥️♥️
What an excellent way to see the ☀️ in the midst of #minnesota winter. ❄️ #americanairlines #headintheclouds #flyingonsunshine #bluesky
NYC greeting us on a layover. Not a bad view for a seat in the terminal. 🛫🌆 #neverstopexploring #nyc #americanairlines
We might not be #1 in the #NFL this year, but they’re still #1 in our hearts. Thanks for the stellar party, @philadelphiaeagles! Also we love you @cj_wentz11 and @mads_wentz! #flyeaglesfly #philadephiaeagles

21 Years Cancer Free!December 31st, 2019
May every day before and after be a celebration.