I have a good friend who is 6 years old. in 2017 he had a rotationplasty surgery (RP) secondary to a diagnosis of osteosarcoma, an aggressive form of bone cancer, which is how we met. (Leg buddies for life!) He’s about to have his second prosthetic leg finished (because he’s a growing boy!) and took it out to the park for a trial run last night.

While he got stronger, the hinges on his old leg at his “knee joint” bent 45 degrees rather than the full 90 degrees that mine and other full-grown RP amputees have built in. In his new leg, he was free to bend it as much as he liked per the doctor’s recommendations. He was strong enough to give it a try.

From the park, I got a phone call from his mom letting me know that he had taken a spill at the park and that it felt to him like his ankle had overextended so they just reached out for my opinion. That, while not true in the sense that it would be permanently hurt his ankle, was something that happened because he wasn’t used to how much room he had to move. It just stretched a bit farther than it had before. Though, that extra stretch is something that would have to happen eventually. In this case it just happened faster than he expected, and it hurt. 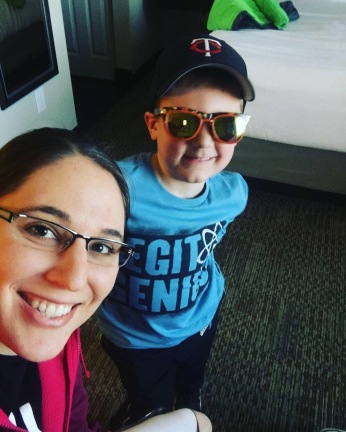 Life is like that. Sometimes we are unexpectedly forced to bend more than we thought we could, and feel like we’re broken after we have. That’s not true though. We might just be sore from the stretching and don’t need to be afraid. Usually, as it was in my friend’s case, we need to stretch to grow into what we will become, and we need to learn that even though it hurts now, it won’t hurt forever.

Lesson: Don’t be afraid of the stretch you haven’t felt before. The pain is for a moment but the lesson lasts a lifetime.

Listening lessons are once weekly posts developed by something heard or experienced in the week before. They offer insight are based in my belief that we need to listen much more than we do in a world full of so much being said. It’s simple. Listen more; learn more.

Reply with your thoughts! Cancel reply

21 Years Cancer Free!December 31, 2019
May every day before and after be a celebration.